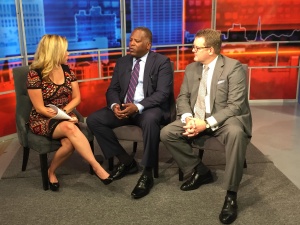 Politicians always promise to make public safety their top priority but Mayor Benjamin has actually delivered on that promise in a big way increasing public safety budgets by more than $18 million.

In addition, thanks to his leadership and commitment, the City of Columbia has:

More importantly, Mayor Benjamin’s nationally recognized “Justice for All” initiative ushered in a series of landmark reforms which have worked to strengthen the spirit of trust and cooperation that must exist between our police officers and the communities they are sworn to serve and protect.

Now it’s time to take it to the next level and build on those accomplishments to make Columbia’s police, fire and 911 services the best trained, best equipped and most engaged agencies in the nation.