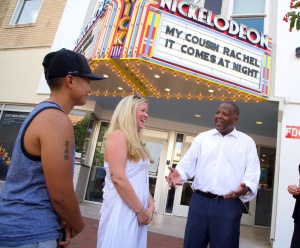 From supporting public art and festivals to engaging our cultural community in order to honor our history and grow our creative economy, Mayor Benjamin has embraced the Arts as a key part of his vision for Columbia. That’s because he understands its power not only as a tool to attract young talent and investment but as a catalyst for change.

Under his leadership, we are not only celebrating the Arts, but leveraging our deep well of creative resources to create a critical mass of energy and innovation that propels us into a brighter future for all.

From the crowds gathered at POSSCON and Indie Grits to the Columbia Museum of Art being named the top arts organization in South Carolina and the only art museum in the country to with last year’s National Medal for Museum and Library Service, the impact is undeniable.

Now, in order to take the next step, Mayor Benjamin plans to engage arts leaders and stakeholders from across the city in developing a Citywide Cultural Plan to serve as a roadmap for growth and an invaluable resource to cultural and community organizations helping them leverage national resources.

Mayor Benjamin is not only personally committed to this effort but to using his position current U.S. Conference of Mayors Vice President and next year’s President to bring national attention to Columbia’s cultural community.